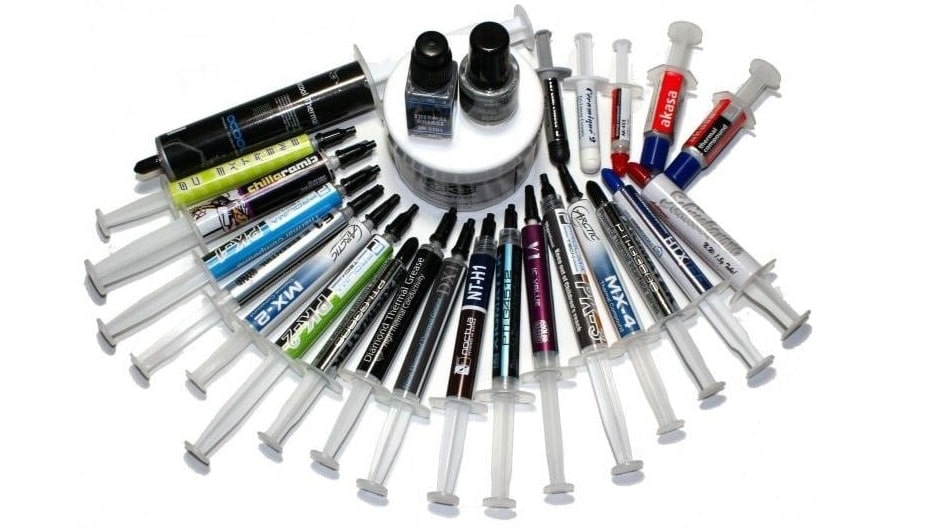 The thermal paste was applied in a thin and even layer over the entire surface of the processor chip.

For all the thermal grease, the same conditions were met for the tests, it was a summer day, the room temperature was about +32 °C

The test is conducted in AIDA64 program mode “Stress Test”, for 10 minutes.

Noctua NT-H1 is the best thermal paste on the results of testing, but as you noticed on the graph above, the difference from Arctic MX4 was only 1 °C, so at this level there were thermal greases GD900 and HY810.

The results were surprising, of course, the cheapest thermal paste GD900 which showed some of the best results, at its low cost for 1 gram – 51 cents. Even more surprising was the thermal paste Zalman ZM-STG2 which at a cost is the same as Noctua NT-H1, with a difference of 4 °C.

The best thermal paste for the laptop CPU is Noctua NT-H1 it a clear leader among all, the quality of the thermal paste is at a good level, even at the stage of applying paste on the processor, its density is felt, it does not spread. The price of Noctua NT-H1 thermal grease on Amazon averages $7 per 1.4 ml tube. If I want to overclock the CPU or GPU, I will use Noctua NT-H1, because every degree is important for the dispersal.

Also best thermal grease for laptop it’s Arctic MX4 – it showed decent results with its price of $8 for 4 gram on Amazon. Arctic MX4 thermal grease can be safely used even on powerful systems. If you are a service provider and you have to collect many systems, then using the Arctic MX4 in large volumes will not be costly, compared to the same Noctua NT-H1 at its cost of $7 per 1.4 ml.

As a result of the test, the thermal grease GD900 and HY810 from the Chinese manufacturer were also shown well. But there is a high probability of buying a counterfeit product and unfortunately such a fake will quickly dry out and your laptop will be overheating.