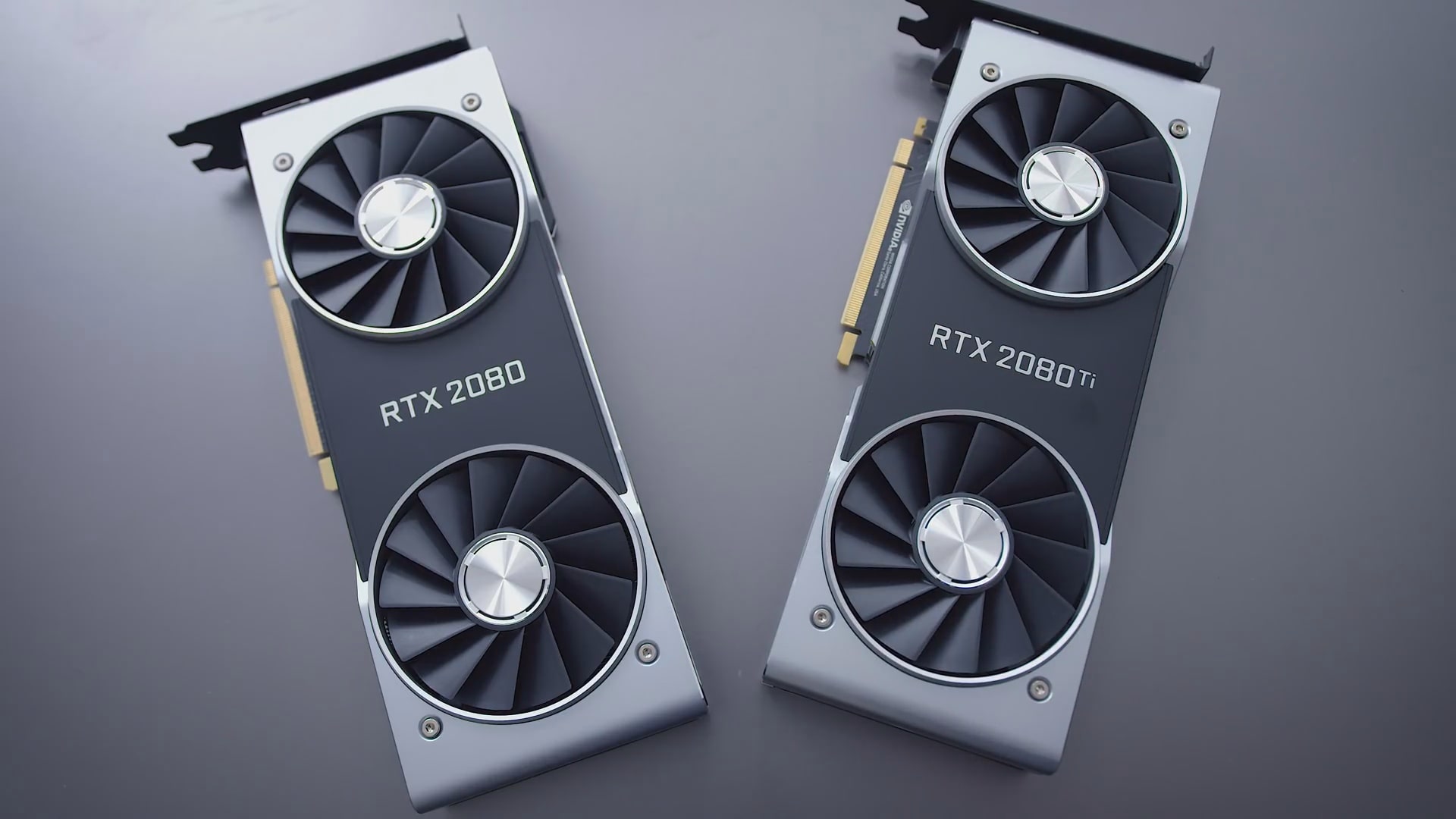 GeForce RTX 2080 TI these are the new Nvidia cards havespend quite a bit of time testing games on these things and you’re probably interested in benchmarks. So here we go benchmarks. I ‘m grouping these up by pricing tier instead of just by model name. I feel like it’s a more fair comparison instead of just by the naming. The RTX 2080 GPUs are fast as heck. At 1440p they’re ready giving a noticeable boost over the previous generation but at higher resolutions. It’s very significant. The performance gains vary by a decent spread depending on the title.

At high resolutions these new cards are crazy fast. The RTX 2080 is awesome,  the 20 DTI is even more. So this card is doing stuff that I’ve never seen before in any graphics. Card being able to play witcher 3 at almost 80 frames per second at 4k with everything turned up playing siege on ultra at 4k at over 144 frames per second. It’s crazy. Now I’m using the Acer X 27 display, it’s a 4k 144 Hertz and gsync panel.
The detail that I’m seeing in the game at 4k and then being able to see everything run really smooth in-game, especially at that kind of resolution is nutty.

I want to take a look at the cards themselves. The new 20 series have a more generic look to it. I still think they look good but they’re just less visually iconic. They’re black and silver nothing really eye catching but I think they do look good. They’re also not a blower style fan configuration like the older founders editions from previous generations a lot of them were kind of a blower style.

These are an open-air dual fan design with vapor chambers and it delivers really good performance like both of these founders Edition cards run quiet and cool way quieter and way cooler than I expected. They’re slightly overclocked out of the factory. So I think they did a good job with thermal management.

There are other AIB partners available.  They’re  going to make in cars that are give me a little bit cheaper and obviously with different cooler styles and stuff. If you are looking for a blower style, I know that Asus is going to be making one eventually, I think soon, I’m probably gonna pick up one of those because I prefer the blower style for the smaller cases that I put them in. So I’m going to focus the rest of this review on kind of a bigger question like are these RTX 2080 series cards really worth the money because these are very expensive. One goes for $800, second goes for $1200,  Ibelieve us now. These are not like the cheapest versions of the arktech series cards.
These are the founders editions eventually AIB partners will put out  cheaper ones. But if you want to pick up one right now that’s the price you’re gonna pay and that’s not cheap. The 20 DTI is not a value oriented product, right?

It’s obviously extremely expensive but because it’s the most powerful GPU on the market right now it can have that kind of pricing. It’s greedy in my opinion but it can have that kind of pricing. The RTX 2080 like the regular one on paper seems fairly priced for the performance of getting right. It’s way better than a GTX 1080 slightly better than a GTX 1080 Ti.  The turn architecture is more efficient. You get ray tracing capabilities, you get DLS s capabilities. It seems like a pretty good option for someone who’s interested in high res, high performance, high frame rate gaming. But to kind of get into this a little bit further we have to understand what ray tracing and DLSS. And I’m not going to go into crazy detail but just a brief understanding. Ray tracing right now is an underdeveloped and unoptimized technology. We’ve seen some really impressive demos and they look awesome but there’s a huge performance trade-off.  And right now I don’tnthat trade-off is worth it for the improved realism in shadows and lighting like. It’s not an invidious fault. This hardware has to exist. This first generation of RTX 2080 has to exist in consumers hands before developers going to spend the time and energy and effort it takes to make ray-traced games like it just has to happen for this industry to move in that direction. But that doesn’t mean that this first generation of cards is the one to get.

Now there’s a second technology that our tech supports that I think is way cooler. It’s DLSS. So this uses machine learning to massively increase the speed and efficiency that these cards are able to output games in 4k. It’s mostly done through Nvidia like they just take the game in advance.

They run it through  their supercomputer. They get some data that these cards can use to basically optimize the way that they’re pushing out frame rates. The problem with these two technologies are T X ray tracing and RTX DLSS is that as a consumer. If you’re buying these cards right now you’re betting on this technology to take off in the future. It’s not that the arch RTX 2080 series is underwhelming or underperforming.

It’s just that the 10 series card from the previous generation did really really well. If anything it’s a testament as to how good the 10 series was because it’s still so good at delivering amazing performance for current titles. This review of the RTX 2080 series isn’t comprehensive. There aren’t any RT X titles for me to really test out. There’s just a lot of demos of DL SS and demos of RTX 2080 but I really want to kind of dig deeper into this whole thing as titles come out in the near future I also want to try these things out in external GPU configurations. But my overall take on this right now is that if you’re into 1080p gaming don’t look at these cards at all. 10 series all the way for 1080p. If you’re into 1440p gaming the 10 series cards still do a really good job at it but the 20 series cards start to show their advantage there. But at 4k gaming if you want the ultimate experience in visual quality and frame rate especially we have one of those big TVs that support high frame rate 20 series is phenomenal for that. But just in my opinion if you’re picking up these cards don’t pick them up exclusively for the technologies like ray tracing and DLSS  because that stuff is still in the mix.